Amidst the lines of cocaine and bottles of Ketel One vodka, ‘Flight’ is one of the better movies to have come out in recent months. Denzel Washington gives a believable — and I’m sure to some, a relatable — performance as a conflicted man, drowning his liver in a variety of alcohols. Even more so, he gives an extraordinary performance of a pilot convinced of his own innocence, both to alcoholism and a plane crash that killed six people.

Now, my journey to seeing ‘Flight’ was troubled in itself. I dropped my medium Cherry Coke and salted pretzel on the way to the theater (the true travesty here), which turned out to be a full house with only a handful of seats remaining open. I took a seat in the nosebleeds, next to a woman who had claimed a seat for her purse and a couple who were very clearly on their first date (at 3pm on a Saturday). Of course, the seat to my right was empty, and the seat to my left was taken by a purse — but that would change when two other women walked up and asked if I could take the seat left of myself so they could fill my original seat and the seat to its right. I obliged politely, but the woman and her purse gave up the seat with what is best described best as a hissy fit. Cramped and uncomfortable, I waited for ‘Flight’ to start.

And start it did.

Within the first few moments of the film, Denzel Washington was half naked in bed with a woman baring it all snorting a line of cocaine off a hotel room nightstand. In the next few moments, the plane he was piloting was in a full uncontrollable dive and two flight attendants were dead. I lost count of how many bottles of alcohol — small, large, beer, liquor — Washington downed in the span of the two-hour-plus film, but it was plenty. Enough to land him and his co-pilot in the hospital, enough to convince a recovering drug addict to take him to an AA meeting, and enough to (spoiler alert) land him in prison.

‘Flight’ takes on issues that too many movies these days would feel uncomfortable tackling, and for the first time in too long actually confronts a handful of ethical and moral dilemmas that so many writers and directors have been afraid to cover, alcoholism being the biggest. Realistic alcoholism, at least, and the resulting familial complications it comes with. Washington’s actions in the film are, at times, despicable and disgusting. At times the audience may wish for his sudden death, and at many times there are moments where it seems like such a fate may present itself to Washington’s character but does not (rest assured, he meets his sentence eventually). Don Cheadle’s character of a Chicago-worn lawyer working to defend Washington from accusations of drinking and flying can also be seen as a person disliked by many, going as far as saying two of the six deaths from the plane crash “don’t count” because they were crew members.

Characters and their conflicts aside, the script itself is extremely well-written. The dialogue, made great by the cast, is realistic and unlike much of the film dialogue we see these days, isn’t made of poorly timed fluff. There are comedic moments, and there are heartbreaking moments — overall a fair balance of the two. Dramatic without being super depressing (even though the woman to my right did in fact end up crying), and funny without pushing the seriousness of it all aside. One of my favorite bits of dialogue occurred between Washington, a recovering drug addict, and a cancer patient in the stairwell of a hospital where they had all escaped to to smoke. The cancer patient offered up bits of comedic wisdom that only a man near death could have given, and were some of my favorite lines from the movie.

The acting and the script combined with a killer soundtrack make for a beautifully well-made film, and ‘Flight’ is no doubt the pick of the week if you’re shopping around for a movie to see — at  least until ‘Skyfall’ opens up next week. 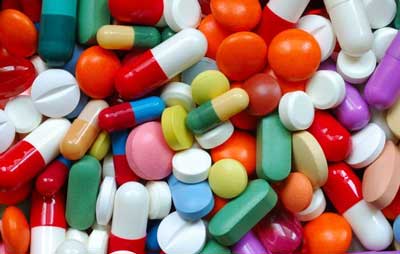 Save Money and the Hassle with Drug Discounts and Coupons →

The Hangover 3- The Next Carbon Copy in this “Classic” Saga? →

Four Possibilities For Who Could Play James Bond Next →