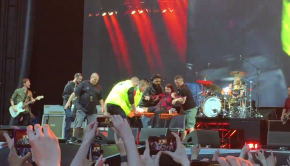 Listen To Music While Studying For Finals

Studying for Finals: Apparently it is better to listen to music BEFORE you study, not during studying/ learning.   By Alexandra Rosen

Baauer’s “Harlem Shake” is taking the Internet by storm. New versions of the rapidly growing dance keep popping up on

By Pavithra Mohan   ABC’s latest dramatic undertaking, “Nashville” made waves even prior to its premiere on Oct 10.

By Pavithra Mohan   The Bachtoberfest fundraiser serves as a preview of the commemorative 40th annual Bach Week Festival,