In a rather unexpected turn of events, New York City Mayor Michael R. Bloomberg announced on Thursday that he was publicly endorsing President Obama’s re-election. His statement comes on the heels of the extensive damage left in Hurricane-turned-Superstorm Sandy’s wake, and it could hold particular weight given his role as a prominent political independent.

Bloomberg takes a strong stance in the name of climate change, an issue that has gone largely ignored during the course of this presidential campaign. It’s an odd breakaway from the platform on which Obama ran for the presidency in 2008—it’s stranger, still, because his administration has since taken strides to reduce our carbon footprint by, for example, increasing automobile fuel-efficiency standards.

“One sees climate change as an urgent problem that threatens our planet; one does not. I want our president to place scientific evidence and risk management above electoral politics,” wrote Bloomberg in support of our incumbent. Bloomberg’s reasoning highlights the general tone of the past week—the presidential campaign has taken a legitimate backseat to the fallout from Sandy.

What this endorsement actually means, in the big scheme of things, is a totally different story. Romney and Obama have both been gunning for Bloomberg’s endorsement—in part, perhaps, because he’s criticized both of them, or maybe it’s just a load of political chest puffing. More likely, I would assume, is that his vote might sway the independent masses who yearn for a pied piper.

The Big Apple and New York as a state are unquestioningly Democratic, and while I know more than a few people who like and respect Bloomberg, his opinion might not be of utmost importance in swing states like Ohio and Colorado. Then again, he’s a businessman through and through: maybe, just maybe, coupling his endorsement with that of The Economist could make a dent in their Romney-infused force field.

For the moment, though, Obama is indeed leading in many swing states—so maybe Bloomberg’s words have already spurred action? That, or everyone has finally realized that Romney and Ryan are time-travelers from the 19th century. 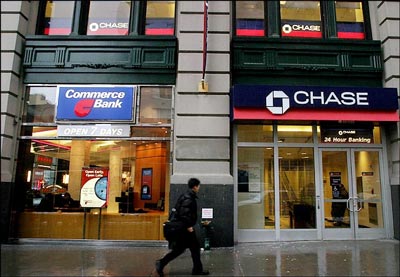 Take In The Sights of the New York City Skyline →

The Unrealistic Expectations of Arabella →

Who Would Famous TV Characters Vote For? →